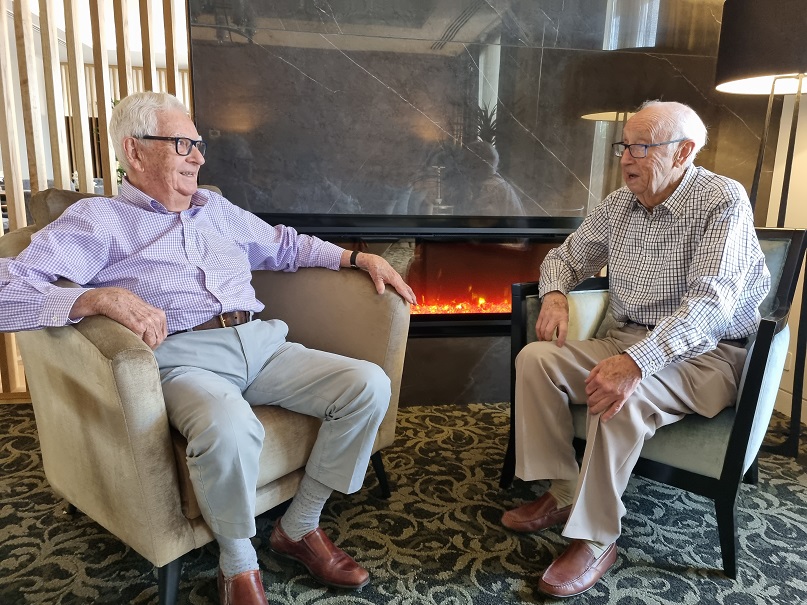 Living only a floor apart makes it easy to keep the friendship going strong – like meeting up to head into the city for a gym session at the RACV Club, followed by lunch.

As members of the first group of residents in the upmarket centre, they are full of praise for the quality accommodation.

Scott was the first to move in. He had lived in nearby Hamilton Road and wanted to downsize; the new centre was in the neighbourhood and it was the quality accommodation he was after.

A former Glenferrie Road resident, Geoff moved in a week after Scott, on the centre’s official opening day in December.

Geoff and Scott make two great salesmen for the quality features of the centre. They know the layout like experts and take pleasure in showing off things like the electric fireplace in the luxurious ground floor lounge.

They both delight in showing visitors around their new apartments and pointing out the design features and ‘mod cons’ (Scott has a two-bedroom on Malvern Road and Geoff has an east side two-bedroom with views out to the Dandenongs).

The light-filled spaces and highly functional kitchens are among their favourite features, as well as the spacious lounge and living areas.

The gregarious residents are both looking forward to seeing the centre filling up.

How can we help?

Interested in finding out more? Our friendly team will gladly answer all your questions.